About Me and My Team 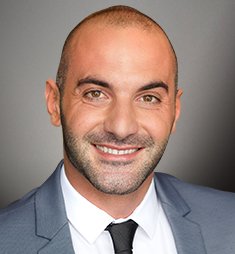 I have been in the real estate business in the greater Los Angeles area for many successful years and will continue for many more. This longevity and confidence comes from my ability to provide unsurpassed real estate services to a great many buyers and sellers, in turn their recommendations to others that result in referral business continuously keeps me productive and successful. I concentrate on helping clients with their residential needs in all of Los Angeles especially north west of Downtown.

I have a bachelor’s degree in real estate and am a licensed broker, my credentials allow me to understand the real estate market from various perspectives and provide the best possible service to my clients. I continue with my education and am at the forefront of the market because I am fully invested in my field and in my clients. 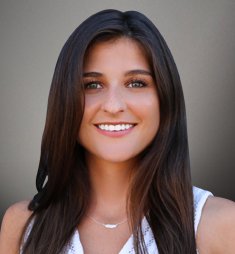 Over the past 6+ years in marketing she has worn many different hats: from content creation, to becoming SEO certified, running email marketing campaigns, providing analytics reporting, building websites, to managing over 35+ social media accounts for a wide range of clients.

In her spare time she loves to cook, go on hikes, partake in Scotch tastings, take photos, watch “The Office” and browse real estate properties online. Lindsey is elated to be a part of the JohnHart team in order to continuously strengthen her knowledge of Social Media/Digital Marketing, while also deepening her understanding and love for real estate. 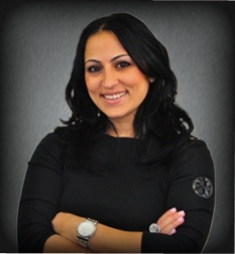 Prior to coming to JohnHart, Alice worked at a number of places, specializing in customer service. While she has worked at many places previously it was at an unlikely place that she developed and learned the most: Nordstrom. Though retail seems like a strange place to gain business/real world experience, in her 11 years there she learned how to deal with many different types of people in many different situations.

She found that by creating trust and gaining customer respect, she was able to grow her customer base tremendously, and through working with many different employees, she was able to hone her management skills.

As a Transaction Coordinator she is responsible for maintaining relationships with outside agents, and her previous experiences have trained her well for this. 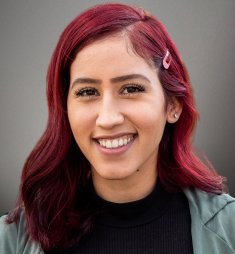 Melissa Gutierrez Reyes is a Scheduling Coordinator at John Hart. Specializing in customer service, Melissa ensures she does everything possible to provide a pleasant & quality experience for whoever she might interact with. She is always looking for growth & improvement, ready to adapt to any situation. She likes to contribute all her best qualities to the job at hand, never giving up & willing to go above and beyond for the company. She has previous experience in the medical field as an Administrator, in which she then quickly was promoted to Surgery Scheduling Coordinator, Quality Assurance Coordinator & most recently Case Management. She dedicates herself to her job and is thrilled to be a part of the John Hart family. 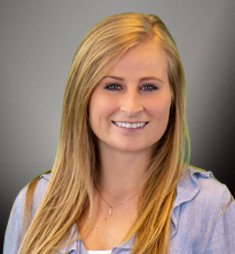 Born and raised in Los Angeles, California, Noelle started her career in business by obtaining a Bachelor’s of Science in Management and Business Economics from UC Merced in 2018. As well as playing an intercollegiate sport all four years of her educational career, she gained experience working as a Sports Information and Marketing Assistant for the UC Merced Recreation and Athletics. Passion for business found, she ambitiously looked for a job in which she could put her roots down. Noelle is exceedingly proud to have found her home at JohnHart Real Estate and looks forward to using her training and background in customer service to further the success of the company. 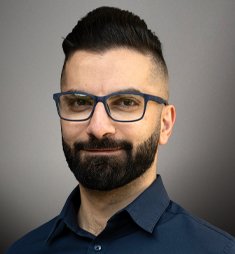 Ejmin Yaghoobi brings his profound interest in marketing, specifically how much it constantly changes, to JohnHart Real Estate. Born in Iran, he briefly moved to Austria before putting down roots in Glendale at the age of 16. He began attending CSUN with his heart set on becoming a lawyer specializing in business law… that is until he took his first marketing class. Riveted by the concepts, he changed to a marketing major and never looked back. In 2017, he obtained his bachelor's degree in marketing from CSUN before pursuing an MBA from Colorado State University which he received in 2020. Foreshadowing his involvement in the real estate industry, he wrote a paper on the 2008 housing crash while working on his MBA.

While Ejmin has always been interested in real estate, his marketing ambitions first took him through the fashion industry. However, the lofty egos, unrestrained pride, and general immaturity of the big personalities that flooded the industry left him unimpressed. While he considered taking his talents to the entertainment industry, the constantly shifting terrain of the real estate market won over his interests. Today, he represents JohnHart Real Estate as a Marketing Manager, enjoying the thrill of marketing in motion. Recognizing that marketing never stands still, Ejmin has developed a knack for mirroring the industry’s fluidity. In between defining the boundaries between marketing, advertising, and sales, Ejmin likes to read articles, watch videos, and generally keep himself up-to-date on the latest developments in marketing trends in and outside our industry.

When not at the office, Ejmin is an avid soccer player, having represented Glendale in the PanArmenian Games on two separate occasions. As a spectator, he loves basketball. Despite considering himself a loyal Lakers fan, he never misses the chance to see his favorite player, Karl-Anthony Towns, when the Minnesota Timberwolves come to LA. But you won’t catch Ejmin on the court, unless you count fantasy leagues. He also enjoys playing poker with friends, avoiding alcohol (he’s highly allergic), and watching episodes of Suits.

Galina Valean is an experienced photographer with a background as an interior designer and photo editor. With her design background, she has learned to quickly zero in on the most important features of a project. In her photos, Galina loves to combine natural and artificial light with professional-grade equipment to perfectly capture it, then uses her editing techniques to make the images stand out. She feels blessed to be able to do what she is passionate about every day as a photographer and editor, and is proud to collaborate with the agents at JohnHart who are similarly passionate about what they do. Other than photography, Galina enjoys cycling, swimming, dancing, exploring new places, and building furniture.